We're excited to welcome you back to Southern Cross Club. Cayman Island borders are open to international travelers -- you'll find the most up to date travel information HERE.

If you are an international traveler who would like reservation info, please contact Adrienne: socrossclub@gmail.com or 619-563-0017. If you are a Cayman Islands local, please email frontdesk@southerncrossclub.com.

Dive the best on Little Cayman

More on our accommodation

The three islands that make up the Cayman Islands (Grand Cayman, Little Cayman and Cayman Brac) are rich in history and tradition. Discovered in 1503, they were home to sea turtles that became a vital food source for mariners in the Caribbean. The remoteness of the islands attracted pirates like Edward Teach – aka Blackbeard. It was on these lawless shores that Blackbeard shot the leg off his first mate, Israel Hands, and forever burned the image of the peg legged pirate into our minds and folklore.

The Cayman Islands, British West Indies, have been an independently governed British Crown Colony since 1962 and boast the highest standard of living in the Caribbean Basin. In 1958, on Little Cayman’s nearly vacant shores, a group of adventurers opened the Southern Cross Club as a fishing club. At that time the island boasted a population of only three (3) souls. Now home to about 200 year-round residents, give or take a few depending on the day, Little Cayman continues to be one of the least developed, safest, and easily accessible tropical islands in the western hemisphere. Little Cayman entices visitors with its accessible seclusion, undeveloped beauty and the healthy diversity of its marine environment. There is an unspoiled tranquility found on our land, our beaches, and in our sea.

Over the years, many Caribbean islands have lost what truly makes them “The Caribbean”, but on Little Cayman time stands still. If you are looking for night club’s and franchises, this is not the place for you. What you will find on this passionate little island is the Southern Cross Club, offering you the ultimate in Barefoot Elegance – The Caribbean, the way it was meant to be.

Three tiny Islands like little drops in a Sea, are perched on the edge of the Cayman Trench, the deepest part of the Caribbean Sea. The Cayman Islands comprise three Islands, with the main Island known as Grand Cayman, the cosmopolitan Island offering everything from exciting nightlife, to long beaches, scuba diving and numerous other adventure activities, and the two charming sister Islands, Little Cayman and Cayman Brac, offering a slower more relaxed vacation of diving, hiking and pure relaxation which sees people returning over and over again .... 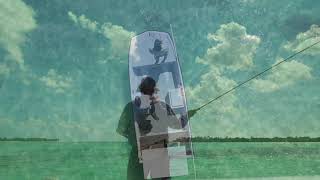 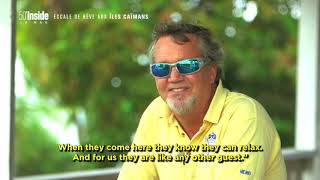 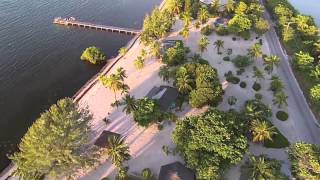